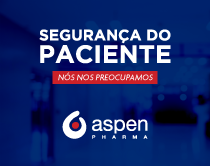 Venous air embolism detection in neurosurgical procedures. What is necessary to be done before placing the patient in a sitting position?

Venous air embolism (VAE) can be a disastrous complication during neurosurgical procedures, especially for those performed in positions where the patient's head is placed above the level of the right atrium. For that reason, the riskiest surgery would be for patients where the sitting position is necessary. The early detection of VAE followed by immediate treatment and measures to cease its potentially fatal progression is a crucial point to decrease morbidity and mortality rates. Anatomically, the lungs would be the first barrier to the misplaced circulating air. The spectrum of the clinical manifestations is related to the amount of air entrapped in the circulation. For patients with a right-left side cardiac shunt, the potential organ and tissue damage as a result of arterial air embolism is conceivably catastrophic. Methods with high sensitivity detection rates are preferred. The Transesophageal Echocardiography (TEE) with bubble test is the most efficient instrument of unmasking VAE. Nonetheless, it is more expensive, invasive, and operator-dependent.2 Consequently, the cheaper and non-invasive precordial Doppler prevails as the first-line monitor of choice for patients exposed to possible VAE.

For procedures in a sitting position, it is mandatory to rule out an intracardiac shunt. Patients who have not undergone TEE preoperatively must have it done immediately after induction before being seated. Once the patient “is cleared” from the Cardiology standpoint, the surgical position is then granted. With the patient placed in the final surgical position, the precordial Doppler probe must be situated in the location where it presents its highest percentage of detection. Considering the right heart as the object of examination, the right parasternal border, more precisely from the third to the sixth intercostal space, is the correct point for probe positioning.2 The probe misplaced on the left anterior chest wall can provide false positive information, mainly when a rapid bolus of intravenous solution generates a turbulent flow in the left cardiac chambers that sounds similar to VAE.

The focal point of this letter is to analyze the effectiveness of VAE detection. We purposefully suppressed other imperative measures for performing these complexes cases such as but not limited to pressure points protection, arterial line placement, central venous catheter placement for possible air aspiration, and peripheral venous access capable of either a rapid fluid infusion or blood transfusion if necessary. Another critical point to be observed for sitting position surgeries is the patient's head situation. Considering that the majority of these procedures are performed to access the posterior fossa, the flexion of the cervical spine can accidentally lead to a right main bronchus intubation with subsequent hypoxia, hypercarbia, and their deleterious effects on the cerebral blood flow and intracranial pressure. We strongly recommend that each Anesthesiology department should have a protocol for sitting craniotomies aiming for minimization of perioperative complications that might be preventable.